The author of the work derives the origins of what we know as a swastika symbol from the earliest cultures. He studies its origins in the ancient shapes of a cross and brings the comparison of different types of cross symbols, which later evolved in the swastika. Further, the author examines the role of the swastika in the extreme Orient (Japan, Korea, China, and Tibet), the classical Orient (Babylonia, Assyria, Chaldea, and Persia, Phenicia, Lycaonia, Armenia, Caucasus, and Asia Minor - including Troy and mentioning Schliemann), Africa (Egypt, Algeria, Ashantee), classical Occident (Mediterranean - Greece, Cyprus, Rhodes, Milos, and Thera), Europe (the Bronze Age, the Gallo-Roman period, the Anglo-Saxon period, and the swastika on ancient coins), the United States of America (in pre-Columbian times, among the North American Indians, and a "colonial patchwork"), Central America (Nicaragua, Yucatan, and Costa Rica), and South America (Brazil and Paraguay). He shows various artifacts associated with the swastika, including spindle-whorls, coins, vases, and idols. The author also notes the importance of this symbol among both the ancient Buddhists and Hindus. It is generally a very deep and interesting study showing the universalism of the swastika symbol in different cultures of the world. 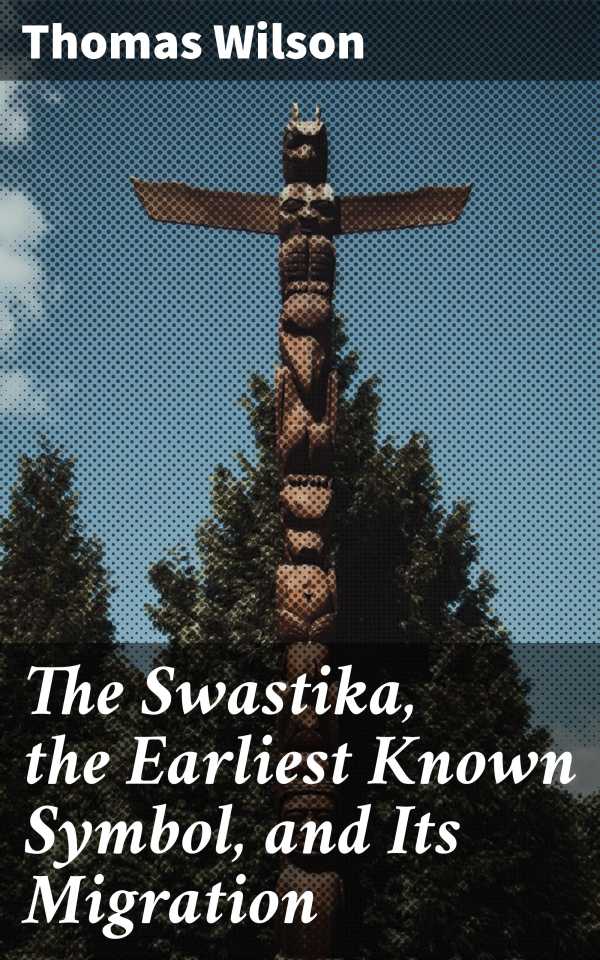