"Hello beautiful. I am Popeye."

In 1998 I met Jhon Jairo Velásquez Vásquez?alias "Popeye"?lieutenant to the Medellín Cartel's leader, Pablo Escobar Gaviria. Our first encounter was at the high security yard of the Modelo Prison in Bogotá, Colombia.

I visited the prison frequently as a journalist for RCN TV. I was always conducting interviews and speaking to the inmates, uncovering news about what was really happening inside the prison. At that time, stories about confrontations between guerrilla and paramilitary factions were everyday news. You could often hear shots inside the prison as the different sides fought for control.

I had always wanted to meet one of the members of the Medellín Cartel. I was curious to know who they were, what they looked like, and what these men, who belonged to the most powerful drug cartel that has ever existed in Colombia, were thinking. At the high security yard I was able to talk with two of them. The most notorious was Jhon Jairo Velásquez Vásquez.

"Hello beautiful. I am Popeye." The man who sat in front of me stared at me. His pale skin reflected the six years he had been in prison; in fact, it looked as if he had never once stepped outside. Popeye smiled at me with curiosity while his cold eyes examined me from head to toe. We were introduced by another inmate, Ángel Gaitán Mahecha, a man accused of paramilitarism and homicide.

My first impression was surprise and curiosity; I also examined him from head to toe. He wasn't quite six feet tall. His slim body and the smile on his face almost put me at ease. I thought this man couldn't possibly frighten anyone, and yet I couldn't forget the number of homicides in which he had been involved. I wanted to see into the mind of the man who planned and participated in the most horrible homicides that the cartel had carried out in their war against the state. 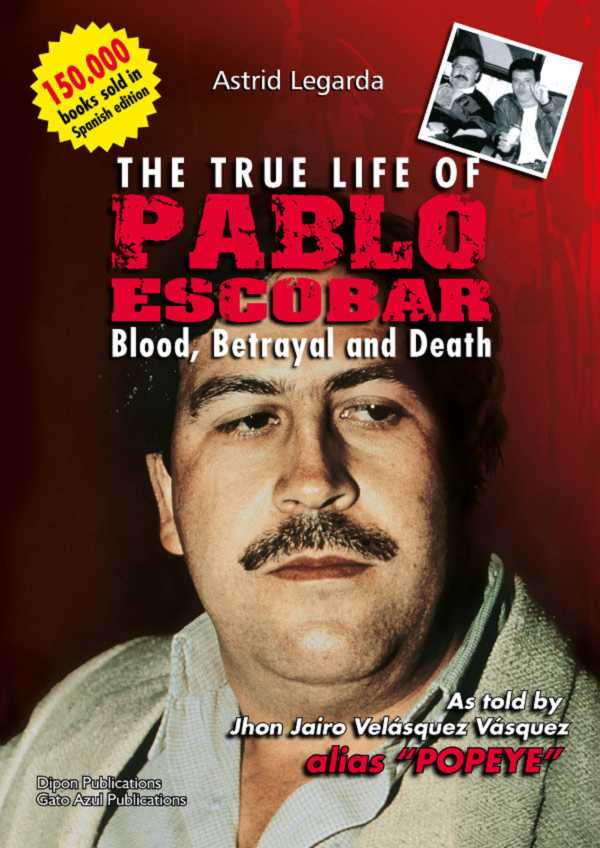 The true life of Pablo Escobar - Blood, betrayal and death