Valda lives a life of luxury with her mother and stepfather in a beautiful château in France. Educated in Paris and enjoying all that French society can offer, Valda's English roots seem a very distant memory. That is until the day her stepfather declares that in true French style he is planning an arranged marriage for her.
Horrified at the thought of marrying a complete stranger, Valda knows that it is impossible for her to go along with her stepfather's wishes, no matter how angry he will be by her disobedience. Much as she loves him, she has inherited her late father's lively intelligent mind and spirit of adventure, as well as his wealth. She also possesses a soul that cries out for true love. Declaring that she intends to marry only for love and will choose her own husband, Valda struggles against a tradition that challenges all of her hopes and dreams.
Determined to prove to her stepfather that she can make wise, independent choices for herself, she bravely decides to embark on the journey of a lifetime to become a photographer. Stealing away at daybreak with her friends, the Gypsies, she knows that a Romani caravan is the very last place that anyone will look for an English heiress, leaving her safe to pursue her plan.
Reaching the Camargue in the South of France, Valda is captivated by its wild beauty and the stunning birds, bulls and horses. But before very long a handsome stranger catches her attention in an unexpected way. Still in disguise, she begins to realise that the romance she is seeking might be within her grasp ? if only she can make him see that love is worth much more than money.

Atributos LU
Año de Edición
2012
Descatalogado
NO
Tipo
eBook
Autor
Barbara Cartland
ISXN
9781782131977
Idioma
Inglés
Núm. Páginas
198
Peso (Físico)
0
Tamaño Archivo (Virtual)
0.55
DRM (Virtual)
Sí
Formato Electrónico (Virtual)
EPUB
Título
The Wild Cry of Love
Biografía del Autor
<p>Barbara Cartland was the world\'s most prolific novelist who wrote an amazing 723 books in her lifetime, of which no less than 644 were romantic novels with worldwide sales of over 1 billion copies and her books were translated into 36 different languages.<br>As well as romantic novels, she wrote historical biographies, 6 autobiographies, theatrical plays and books of advice on life, love, vitamins and cookery.<br>She wrote her first book at the age of 21 and it was called Jigsaw. It became an immediate bestseller and sold 100,000 copies in hardback in England and all over Europe in translation.<br>Between the ages of 77 and 97 she increased her output and wrote an incredible 400 romances as the demand for her romances was so strong all over the world.<br>She wrote her last book at the age of 97 and it was entitled perhaps prophetically The Way to Heaven.<br>Her books have always been immensely popular in the United States where in 1976 her current books were at numbers 1 &amp; 2 in the B. Dalton bestsellers list, a feat never achieved before or since by any author.<br>Barbara Cartland became a legend in her own lifetime and will be best remembered for her wonderful romantic novels so loved by her millions of readers throughout the world, who have always collected her books to read again and again, especially when they feel miserable or depressed.<br>Her books will always be treasured for their moral message, her pure and innocent heroines, her handsome and dashing heroes, her blissful happy endings and above all for her belief that the power of love is more important than anything else in everyone\'s life.</p> 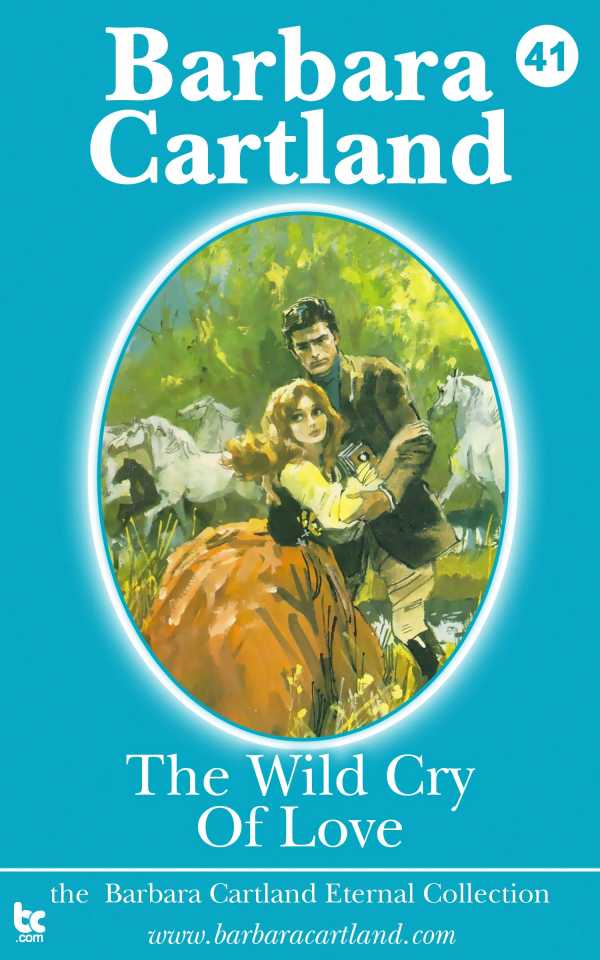 The Wild Cry of Love