What Happened at Quasi is the story of a Carolina Cruise with the stories about Interstate Chumming, The Story of Quasi, A Programme Subject to Circumstances, Tom Fights it Out, A Rather Bad Night, A Little Sport by the Way, An Enemy in Camp, Cal Begins to Do Things, A Fancy Shot, Tom's Discoveries, Perilous Spying, Tom's Daring Venture, Cal's Experience as the Prodigal Son, Cal Relates a Fable, Cal Gathers the Manna, Fog-Bound, The Obligation of a Gentleman, Fight or Fair Play, Why Larry Was Ready for Battle, Aboard the Cutter, Tom's Scouting Scheme, Tom Discovers Things, Tom and the Man With the Game Leg, The Lame Man's Confession, A Signal of Distress, An Unexpected Interruption, The Hermit of Quasi, Rudolf Dunbar's Account of Himself, Tom Finds Things, Dunbar Talks and Sleeps, Dunbar's Strange Behavior, A Rainy Day With Dunbar, A Great Catastrophe, Marooned at Quasi, Again Tom Finds Something, What the Earth Gave Up, Tom's Final "Find". 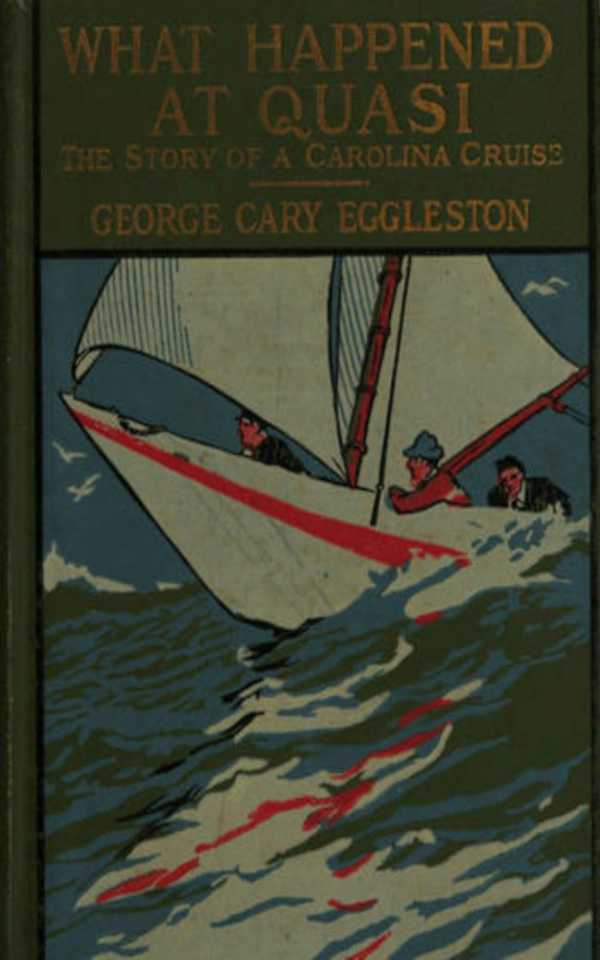 What Happened at Quasi: The Story of a Carolina Cruise