Social cohesion has become an important public goal in many countries across the globe, not only in the Western hemisphere, but also in Asia. Despite the growing political and academic interest in the concept, there is no generally accepted definition of social cohesion. As a result, empirical insights are lacking. Against this backdrop, the Bertelsmann Stiftung has initiated the "Social Cohesion Radar" which now, for the first time, presents empirical findings on South, Southeast and East Asia.
The study provides an analysis and review of social cohesion in 22 Asian countries in a comparative perspective. It presents a valid and reliable measurement of current and past levels of social cohesion and explores its most important determinants and outcomes. As an extension of the Social Cohesion Radar series the study will be of interest and value to policy makers, academics, think tanks and civil society organizations. 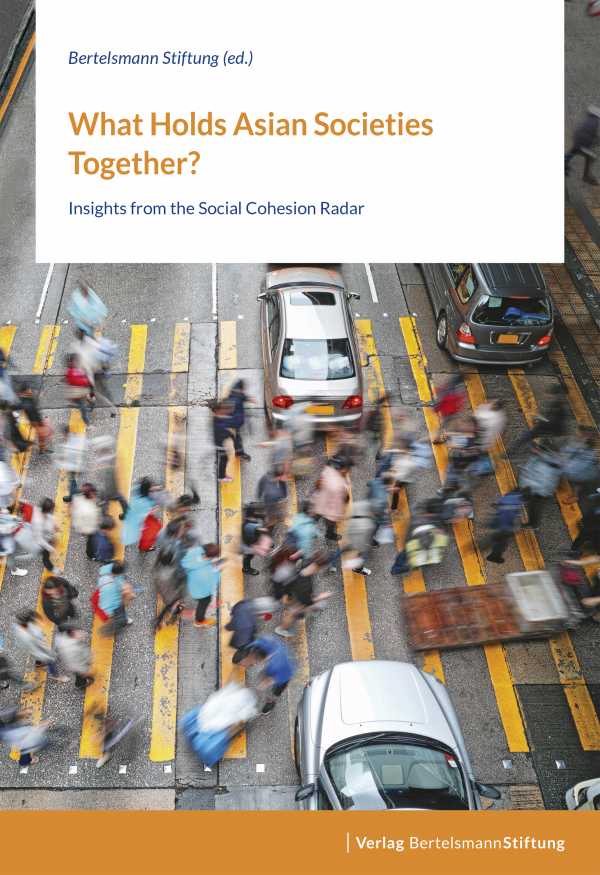 What Holds Asian Societies Together? - Insights from the Social Cohesion Radar