The prophecy will be fulfilled and many images of Emperor Vespasian will be destroyed. In the year 70 A.D., after destroying Jerusalem and its temple, Emperor Vespasian and his Roman army stole the menorah and the rest of the temple's treasures. Immediately after this war, Vespasian started construction of the Colosseum of Rome and issued a series of gold coins, aurei, with his image on the front and the image of a captured woman, representing Palestine, and the inscription Judea Capta on the back. Recently, a marble plaque was discovered, buried next to the walls of the Colosseum of Rome, with the following words written in Latin: This great building was financed by the spoils of the war with Palestine. With great certainty, this shows us that Emperor Vespasian used the gold of the menorah and the rest of the treasures from the Temple in Jerusalem to mint gold coins, aurei, with his image and the inscription Judea Capta, tocommemorate his victory over Palestine. In this historical fiction novel, the museum in Jerusalem, with the help of a wise rabbi and the country's authorities, began a worldwide search to purchase these Vespasian coins with the inscription Judea Capta to return the menorah with its gold from Israel's history to Jerusalem. The recovery of the menorah, with its original gold, and the destruction of Vespasian's images, which were on the coins, would fulfil ancient prophecies about the menorah's return and the destruction of the emperor's images. 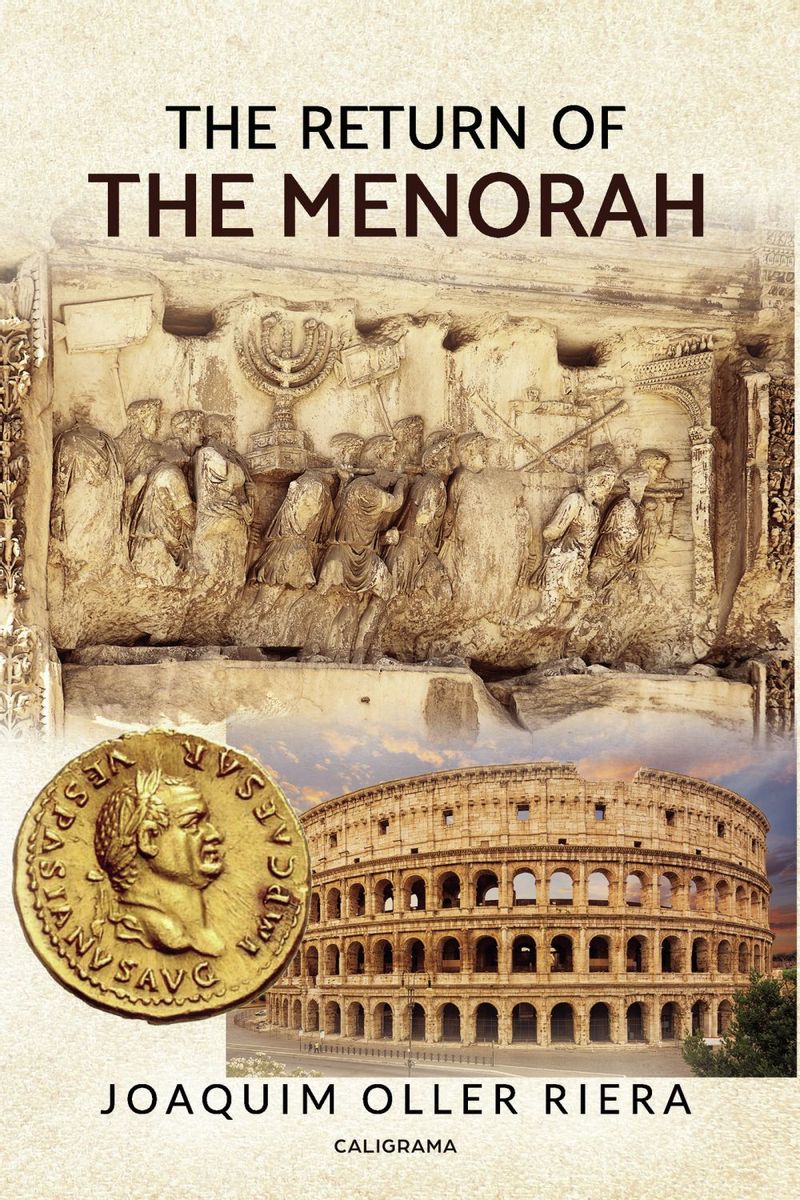 The Return of the Menorah